Sid Bhullar stands up against Bullying 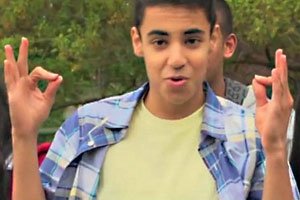 A young Vancouver high school student has decided to stand up against bullying and has made a anti-bullying music video.

“A lot of kids have been playing it in the hallways and things. It’s great. It feels good that I’m making a change. It may not be a big change, but at least it’s starting here.”

Sid Bhullar is 15 and wrote and produced the song called “Won’t Stop,” which he posted on YouTube a few weeks ago and it’s gaining popularity with currently over 66,000 views.

Sid, our ‘Super Soul’, wants to send a message that bullying is growing and that it should be stopped.
“You can ask any kid these days, 99% of kids have witnessed some kind of bullying, whether they’ve seen bullying, or been bullied, or encountered bullying.”

He saved up some money to produce the video and he got together with some of his friends. This might sound easy but we do realize how brave and encouraging his initiative is.
Sometimes, it seems that we feel helpless in a world full of hate and anger, but everyone has the capacity to make choices. Every day again. And again. And Sid Bhullar made a choice purely out of empathy, kindness and love.

Listen to his beautiful lyrics;

“…they have feelings too, be nice to them and they be nice to you.”
and
“There’s people that hurt you over and over. Think of them like sandpaper, they might scratch and hurt you a bit, but in the end, you end up polished and they end up useless.”

“Sid, you are our Super Soul and you’ve set an awesome example!”