The Power of the Heart – Behind the scenes 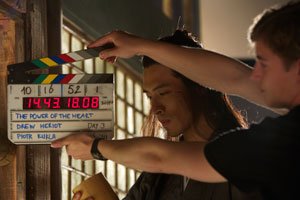 The movie The Power of the Heart features some of the most inspiring and influential icons of our age including Paulo Coelho, Maya Angelou, Deepak Chopra, Isabel Allende, and Eckhart Tolle, this film — which ties into a book of the same name — presents fascinating evidence that your heart is much more than a physical organ… and that it can actually transform your views of money, health, relationships, and success.

“This film is an experience that will lead you to uncover… and rediscover… the treasure in your chest.”

I had the pleasure of meeting author and filmmaker Baptist de Pape, somewhere in a cozy restaurant in downtown Amsterdam, a place where many locals hang out. During our conversation, Baptist explained how listening to and connecting with his heart had changed his life completely.

Baptist de Pape was born in 1977 in the village of Brasschaat in Belgium and he is the initiator of the movie and author of the book The Power Of The Heart.

Baptist studied law at the law school in Tilburg in The Netherlands. After his study he went through a spiritual awareness right before he could place his signature on a contract with a reputable law firm. He decided that a future at a law office didn’t feel right for him.

De Pape figures out the secrets of the heart and asks himself what it would mean to truly live from the heart and not only from the head. This massive change in consciousness led him to some stunning synchronistic events in his life.

During his spiritual awareness, the idea was born to produce a movie for which he would interview the most important and contemporary spiritual teachers, authors and scientists.

Baptist made this movie with his two close friends Arnoud Fioole and Matthijs van Moorsel and together with Fioole, he also wrote a book. The book was being released along with the movie. 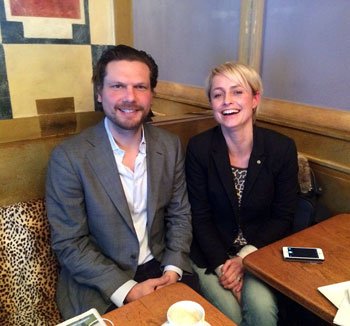 My interview with Baptist was planned rather tight in between other appointments Baptist had that day. He was still on the road from Antwerp to Amsterdam and unfortunately he ends up in a traffic jam and our interview was about to fail.

He called me from his car and suggested starting the interview over the phone. I had to regroup myself for a moment, this was not what I had in mind and at the same time, I feel for his busy schedule. Since October 7th 2014, when his beautiful and inspiring project ‘The Power Of The Heart’ was launched, his life had become a rollercoaster. By now, his project has been launched in 70 countries and because of that Baptist travels all over the world. I am therefore grateful that we can speak and finally also meet in person.

Baptist apologized to me for the way things were going. Before me sits a sympathetic and ambitious man and when his dear friends and associates Arnoud Fioole and Matthijs van Moorsel join us for a moment, he proudly introduces them to me. I feel admiration for the courage, the perseverance and for the beautiful end-result of their project. The film touched me right in the heart!

Inge Rinsema:
Baptist, you finished your law studies and you were ready to sign a contract with a reputable law firm, and at that point you also had this spiritual awareness and you realized that you would not become happy as a lawyer. You decided not to sign the contract, because you wanted to live from your heart and not only from your head. Because of a very personal, spiritual experience, you came up with the idea of making a movie about the heart. You had no idea how to make a movie and you also didn’t have much knowledge about the heart. How did you progress?

Baptist de Pape:
It was a special period of course. I could start working for that huge law firm, they selected me out of many other candidates. It was a golden opportunity, but I just did not see myself living that particular life. This period was very confusing for me and I had many sleepless nights. 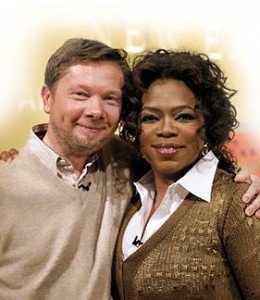 At a certain point I was watching a web-class from Oprah Winfrey: ‘A New Earth: awareness of your new life purpose’. Oprah had Eckhart Tolle in her show and I heard her saying to him: “I think that there is nothing more important than to realize what your purpose in life is”. I felt very touched by that. Was this also happening to me? Was I becoming aware of my purpose in life? At that very same moment I felt a powerful impulse from my heart, something I had never experienced before. It seemed like my heart answered my inner questions and wanted me to listen right away. Then I heard Eckhart Tolle saying: “It is fine if you ask yourself what you want from life, but an even more important question is: want does life want from you? What does life have in store for you? To get a better understanding about this”, Tolle continued, “you have to let silence come into your life. Only in silence you can free yourself from the mental noise that we call ‘thinking”.

The next morning I went out for a walk. The purpose was to let the silence come in. During this walk I had a powerful spiritual experience which made my purpose in life suddenly very clear – I had to find the power of the heart and I had to find out more about this mysterious energy which fascinated me so much. I just had to make a movie about this.

This idea would have never come up in me while thinking from my head, because I had no experience whatsoever in making movies. It just wasn’t logical, yet I never have any doubts about this initiative.

My family and friends thought that I had lost my mind and I could understand that. When I started this project I didn’t tell anybody about it, because I wasn’t ready to face all the reactions. But after a while I had to share my plans because everyone noticed that I was so determined and they started to support me and these same people are my biggest fans now. 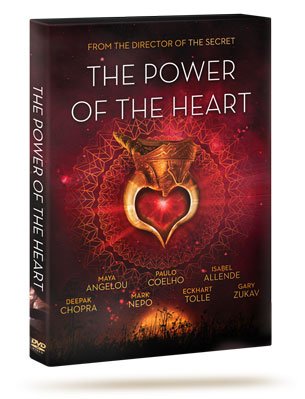 I am very impressed and inspired by your movie ‘The Power Of The Heart’. What kind of feedback have you received so far and how does that make you feel?

Overall I receive very positive feedback. ‘The Power Of The Heart’ touches people deeply, and that of course, touches everyone who worked on this project very much. Sometimes I receive less positive reactions, which I find no problem, as long as it is founded. If a journalist tries to criticize the project with facts that are incorrect for example, than I do disapprove that!

Why did you decide to release a book simultaneously with the movie?

I collected so much wisdom and inspiration through all the interviews with the co-creators that I just couldn’t process it all in the movie. That’s why I decided to collect all that knowledge in a book.

How did you manage to get al the co-creators together to contribute for this project?

The co-creators where interested in this project because a movie about the heart is just an opportunity for them to share their knowledge and wisdom with the younger generation in this world before they leave this planet.

Are there specific events that emanate from ‘The Power Of The Heart’ as far as you know?

Yes, very much so. I see so many beautiful things emanating from this movie. What I found very special to hear was that India Arie (I am a big fan of hers because she writes such wonderful lyrics), is a huge fan of ‘The Power Of The Heart’. She seems to have watched the movie for over ten times right now. That touches me. Meanwhile, we have met and that was certainly very exiting for me!

How long did it take you to make ‘The Power Of The Heart’?

It took more than five years to finish this movie. I started with nothing – zero. I knew nothing about making movies. So I had to find a film producer. Unfortunately there was no one who believed in my idea, so my business partners and I eventually found a retired film producer who was willing to help us. We also needed to raise funds for our project which took a long time as well. During this time I kept faith in the project, but I never could have done it all by myself.

The Heart is often being used as a symbol for love. What does Love mean to you?

Love to me is an energy…. an energy on soul level. Not necessarily the love you feel for a person.

In the beginning of your book, I found the following sentence: “The meaning of life is a life full of meaning” by George Bernard Shaw. Do you feel that you give meaning to your life now that you have chosen this path? Don’t you miss the advocacy?

For me it is important that I feel happy about what I am doing right now. That I am enjoying today, and I do so very much. I do not miss the advocacy at all. This particular knowledge comes in quite handy sometimes for the life I live right now.

Some unique ‘behind the scenes’ footage

You can purchase The Power of the Heart here.
More information about the movie and the book: Thepoweroftheheart.com 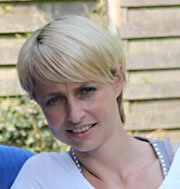 Did you enjoy our interview with Baptist de Pape? Subscribe here so you don’t miss the next one. To make a donation, please visit our donations page. We truly rely on your kind support.