Our personal interview with Avinash can be found here.

“Kindness is the greatest practice that a person can ever do. But this practice cannot be chanted by the lips. It has to be lived.” 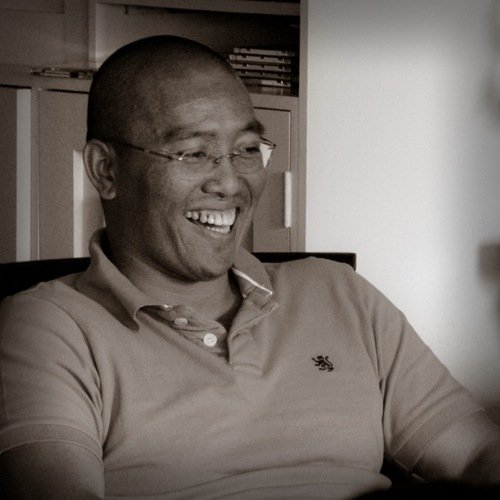 Avinash Do is an enlightened teacher living in Sydney, Australia. He teaches people the importance of the acts of kindness and selflessness. Avinash has been travelling with Amma, the Hindu spiritual leader and guru (also known as the Hugging Saint). During this time, while serving Amma, he felt greatly inspired and motivated to further develop himself.

Avinash was born in 1973, into a fisherman family in Nha Trang, Vietnam. He lived a typical life in Nha Trang as fisherman’s son, until he turned eight when his father took him and his brother to a refugee camp in Malaysia. The trip on his father’s boat took five days and four nights.

The kindness of the UN workers on the refugee camp made a lasting impression on him, and sparked a dream in him to live with compassion and generosity. He remembers one UN worker, ‘Mr. Fred’, would sometimes give him presents like ping-pong bats and some coins for sweets.

They lived on the Malaysian refugee island for one year, before migrating to Australia.
In Australia, Avinash lived an ordinary life of education, sports, work and relationships. His family lived in a housing commission home and they struggled financially.

Despite the fact that he was ambitious and determined to succeed in life, he felt disillusioned and heavy hearted during his teenage years and early twenties. While he was generally kind in nature, he struggled with lack of self esteem and insecurity.
He strove to get a good education, and drove taxis to make ends meet when he was at university.

In his mid-twenties, he began seeking greater fulfillment, and this took him on a spiritual search across many continents. During this time, he continued driving taxis to support himself.
The biggest influence on his life was Amma, who he travelled with and assisted as a volunteer for 4 years.

In 2009, at the age of 36, his spiritual search culminated in an experience of  enlightenment – the state of no more suffering, or constant joy. After this experience it was clear to him that this state can be experienced by any who wish for it, through living an ordinary life. It is not a requirement to leave our family and live in a monastery or go on a pilgrimage – it is possible in our everyday living.

Avinash now spends his time helping others to find their own inner peace.
What makes Avinash’s teachings unique is that he teaches from the direct experience of having mastered his mind and emotions. Since his enlightenment, wisdom simply flows through him directly and spontaneously from the source. This is not something that can be learned through book studies and theories.

Avinash has lived an ordinary life. His ordinariness is something that we can all relate to and it gives inspiration to live in an extra-ordinary way.
More information about Avinash can be found on his website: themeditationfarm.org