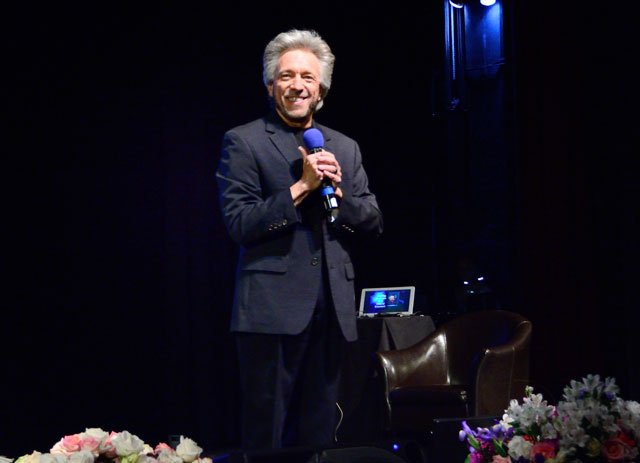 For three decades Gregg has searched high mountain villages, remote monasteries, and forgotten texts to bridge their life-giving secrets with the best science of today. His work has led to paradigm-inspiring books such as The Divine Matrix (2007), Deep Truth (2010) and The Turning Point: Creating Resilience in a Time of Extremes (2014). Gregg has received numerous honors in recognition of his work and has shared his presentations and trainings with the United Nations, Fortune 500 companies, the U.S. military and is now featured in media specials airing on major networks throughout North America and Europe.

Our personal interview with Gregg Braden can be found here. 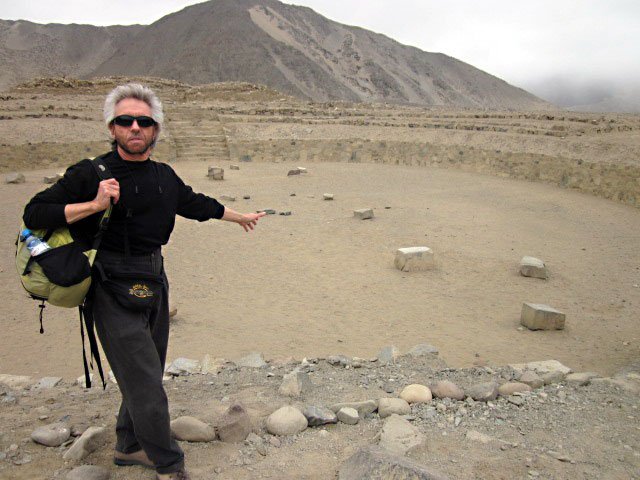 Deep Wisdom: The marriage of science, spirituality and the real world

During the late 1980’s I had a front row seat to one of the most frightening times in the history of the world—the last years of the Cold War—as well as the desperate thinking about how it would be won. I was employed at the time in the defense industry, working as a senior computer systems designer while the super powers of the United States and the former Soviet Union developed a war strategy that seems unthinkable to any rationally minded person today.

They spent the time, energy, and human resources to develop and stockpile approximately 65,000 nuclear weapons. The combined power of this global arsenal was enough to microwave the earth, and everything on it, many times over.
The rationale for such an extreme effort stems from a way of thinking that has dominated much of the modern world for the last 300 years or so, since the beginning of the scientific era. It’s based in the false assumptions of scientific thinking that suggest we’re somehow:
1) separate from the Earth
2) separate from one another, and
3) that Nature is based upon competition, conflict and a relentless struggle that favors the survival of the strongest.

Fortunately, new discoveries in the fields of genetics, biology, physics and archaeology have revealed that each of these assumptions is absolutely false.

Unfortunately, however, there is a reluctance to reflect such new discoveries in mainstream media, traditional classrooms and conventional textbooks. In other words, we’re still teaching our young people the false assumptions of an obsolete way of thinking, and we’re still trying to solve our problems based in ideas of violent competition and conflict.

While we no longer face the nuclear threat that we did in the 1980s, the thinking that made the Cold War possible is still in place. This fact is vital to us all right now for one simple reason: For the first time in human history, the future of our entire species rests upon the choices of a single generation—us—and the choices are being made within a small window of time—now.

The best minds of our time are telling us that we must act quickly to avert the clear and present danger of a host of crises that are converging in a “bottleneck” of the early 21st century, including climate change, shrinking supplies of vital resources and the growing disparity between poverty and wealth. The key here is that the way we solve our problems is based in the way we think of ourselves and the world. From climate change and social change, to peak oil and peak debt, clearly, the thinking that led to the war and suffering of the 20th century is not the thinking that we want the delicate choices of our survival based upon!

Developing a new level of thinking is precisely what we need to do today and the magnitude of crises that face us may prove to be the catalyst for doing just that! The emerging bridge between the sciences that tell us how the universe works, and the spiritual traditions of our past that give such knowledge meaning in our lives, plays a vital role in the new thinking that heads off the darkest possibilities of our future. But while the crises of the moment may be the catalyst for such a shift in thinking, something even deeper is emerging.

The new shift in thinking is the gateway to human transformation. And because of the sheer number of people involved in the shift, and the growing magnitude of the crises that are driving us to change the way we think, we are standing on the threshold of human transformation at a level unlike anything ever before known on earth.

The spiritual traditions that I’m describing are the core principles of ancient and time-tested understandings—principles now confirmed by 20th century science that include the interconnected nature of all things, the power of the human heart to positively influence the magnetic fields of the earth and all life, and the cyclic nature of life, climate, civilization and change. The spiritual traditions of our ancestors got these principles right and embodied them at the core of their lives in their time. It’s the marriage of these holistic principles with the best science of today that help us to tip the scales of life, balance, and peace in our favor, in ours.

While the specifics of spiritual principles may vary from tradition to tradition, the essence of their message does not. It’s simple, direct and states that we live in a world where everything has meaning, and is meaningful to everything else. What happens in the oceans has meaning for the climate of the mountains. What happens in a river has meaning for the life that depends upon the river. The choices that you and I make as we express our beliefs in our living rooms and around family dinner tables have meaning for the people in our immediate lives, as well as for those connected through the fields of the human heart coherence living halfway around the earth.

By crossing the traditional boundaries that define the science, religion, and the history of our past, we are shown the power of a larger, integrated, and holistic worldview. I cannot help but believe that our destiny and fate as a species are intimately entwined with our willingness to accept the Deep Wisdom of a spiritually based science. It’s all about the way we think of ourselves, our relationship to the Earth and to one another. When the facts become clear, our choices become obvious.