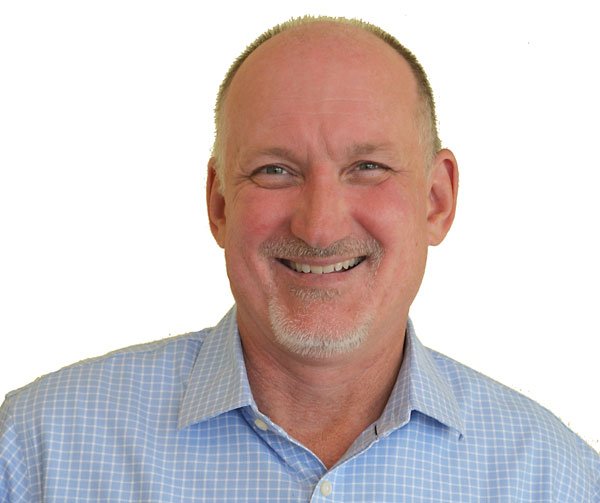 Reid Tracy is the President and CEO of Hay House, Inc., the largest and most influential self-empowerment publishing company in the world. Acquiring hundreds of prominent authors over the years, Reid has played a crucial role in the strategic development of authors such as Wayne Dyer, Christiane Northrup, Jerry and Esther Hicks, and Doreen Virtue. He has also produced more than 12 successful PBS Specials that have raised over $100 million for Public Television and he was the executive producer of several movies, including The Shift, with Wayne Dyer and You Can Heal Your Life, a documentary about Louise Hay’s life. Reid is also directly responsible for establishing Hay House’s offices in New York, London, Sydney, Johannesburg and New Delhi.

Hay House has always inspired me – Louise Hay and Reid Tracy have grown such a successful business while helping millions and millions of people around the world by publishing meaningful books and organizing uplifting events. I was therefore very honoured that Reid Tracy agreed to speak with me for a publication here on Soul Love and for OMTimes Magazine.

Dirk Terpstra: In 1988 you started working as an accountant for Louise Hay, who believed that our thoughts could change our lives. That must have been an interesting experience. What did you think about all this?

Reid Tracy: At that time it was a very unique thing for me to hear. I wasn’t at all into metaphysics or self help or any of that sort of thing. I worked at a CPA firm across across the hall from Hay House and I was already doing the accounting for Hay House before I started working there.

All of us in the CPA firm thought that ‘those people’ across the hall were crazy. They had all these crazy ideas and Louise was like you said: “Your thoughts can create your life” and “what you think about can help you heal”. The impression that I had, which was different from a lot of people, is that she really believed all that. It wasn’t just something that she was saying, she really wasn’t trying to make money, she was just doing it to help people and that was the part that made an impression on me. 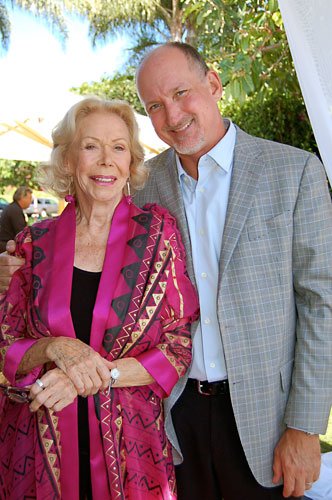 When I told my friends that I was thinking of going to work for this lady who thinks that your thoughts create your life, they thought I was crazy. But that was the big thing – I kept falling back on the fact that she might be crazy, but she was doing it to help people and so I was going to give it a try.

I always tell others that over the next 25 years, I gained so much knowledge from the Hay House authors, from osmosis and from just being around them all the time. Even though I started off as an accountant, within a couple of years I was running the company with another person and after three years I was running the company together with Louise Hay.

Most people don’t realize that I selected about 90% of the books that we publish at Hay House. When I select the books, it’s more about the author than the book, so I pick the authors that I feel have the best message and really want to get out there and spread that message. I then leave it to them and to our editorial department to come up with a good book to get the word out.

Dirk: Did you learn all that over the years?

Reid: I didn’t know anything about book publishing when I came to Hay House and that’s one of the reasons Hay House is much different than other book publishers. We have more marketing people than editorial staff and so we really have a big presence online. We definitely learned a lot about publishing in those 25 years.

Dirk: Over the years you have developed Hay House into a thriving, global business. In what way has working for Hay House changed you personally?

Reid: Really, it’s just the way that I look at everything which is totally different from the way I did when I was younger. Like I said, being around all these authors… The funny thing is that I didn’t really realize how much it affected me until my friends and family members ask me a question and then I hear the answer coming out of my own mouth and it sounds like all the books that I published and all the speeches I’ve have been attending, so I figured out that it was working, that the way of looking at the world that we present at Hay House is helpful to lots and lots of people and it has been helpful to me as well.

Sometimes it’s easy to forget that you’re working in this business because I’m doing all the day-to-day business stuff and one misconception people might have about Hay House is that in some ways we’re like every other business – we have to pay the bills, have employees, have ups and downs of the business, but in the end the fun part is during our live events, where people go up to each of the authors and say: “This book changed my life”. I always stand there and just listen to them because not very many people know who I am and they tell the authors: “Your books changed my life” and it’s all the way from the smallest authors to the biggest authors. Each of the books affect so many people and you don’t really realize it until you’re in front of the people and see in their faces and their expressions how much the works and the books and the seminars mean to them.

Dirk: What do you see as your biggest accomplishment through the years at Hay House?

Reid: When I started at Hay House we had three books and five tapes so it was a very small company and the reach of the people was also very small, despite the fact that Louise was very popular and had a best selling book. Over the years we have been able to expand that from the eight products to the thousands of products we currently have. And like you mentioned, we sell those products all over the world, not just through Hay House and the English speaking countries where we have offices, but we license our products, every single day, to other countries and languages and so we’re present in many different countries.

Last year we started with the online Hay House World Summit and repeated it this year. We reached over a million people in 204 countries and territories. So the biggest accomplishment is the reach of Hay House, the reach of the message has expanded tremendously. In the United States alone we have sold over 60 million books.

Dirk: How do you keep the balance between running a multi million dollar business and promoting spiritual and self-help messages? Can this be conflicting in your decision-making or is it helpful?

Reid: The messages are very helpful to me, but like you said, running this big company can cause the same stresses and strains of anyone running a big company and sometimes you forget what you’re teaching in the books – you work too much or have the-day-to-day pressure and then you tend to forget that everything is going to turn out in the right way.

In our company we work from Monday through Thursday so everyone has three-day weekends. I personally take the month of July always off to be with my family, so it all balances. And the good thing is that my work doesn’t feel like work to me. Some people will look at the hours that I spend in Hay House and say that it’s more than they would want to work, but to me being here at Hay House and doing all this work is just as fun as anything else.

Dirk: Can you explain to me why Balboa Press was initiated?

Reid: We started Balboa Press about two and a half years ago because we had too many people who wanted to publish their books with Hay House. Right now, we’re publishing about 50 books a year at Hay House. We started Balboa Press as an outlet for people to publish their own books and also as a way for us to find new authors that we otherwise might not find. We have already picked up several books from Balboa Press. In fact right now we’re just picking up a new book from Balboa Press called “Jump and you Life will Appear” by Nancy Levine which is doing really well. Another book we picked up is “The Top Five Regrets of the Dying” by Australian author Bronnie Ware. It’s the biggest success we’ve ever had in Germany and it has been on the best seller lists for several month now. Currently, Balboa Press has more books in print than Hay House. In those two and a half years there are already over 3,000 different books in print.

Dirk: In what way has the interest from your audience shifted, between the late 80’s and now?

Reid: The audience always shifts and everyone aks me “what’s the hot new thing?” or “what should I be concentrating on?” To be honest with you Dirk, there’s not much new really. It’s the same thing over and over and that has been like this for a very long long time. At the I Can Do It events, Louise always used to get up and say: “There are 30 people presenting here this weekend but they’re all saying the same thing in a different way, based on their own experiences and based on their own life”.

There are so many people that visit me and tell me: “I have this brand new idea that nobody’s ever thought of before”, but in reality I have heard all of it before, I’ve seen it all before and it’s because there’s not that much new, it’s just the new experiences the presenter brings with it.

The self-help idea however is much more accepted now than in let’s say the 80’s. To give you an example; Louise’s book called “You Can Heal Your Life” was first published in 1984 and it was considered such a radical book that was way out on the fringes and now… it’s considered the Beginner’s Guide to self-help – The acceptance is much greater, the knowledge of the information is much greater and so the audience is so much bigger than it was when we first started. But we’ve always been running Hay House in a way that we wanted, in order to reach the biggest audience. We never called ourselves ‘new age’ or any of that kind of stuff, we always said that our stuff is for everybody and the information in here will help everybody and the world has caught up with that view.

Dirk: Is there a specific book that you are still waiting for to be written?

Reid: Not really Dirk. As they come and we think they’re going to help people, those are the ones that we get out there. If we have an idea for a book, we can find the author, but usually the authors come to us with their idea and their background and their audience.

Did you enjoy our interview with Reid Tracy? Subscribe here so you don’t miss the next one. To make a donation, please visit our donations page. We rely on your kind support.