Mooji (Anthony Paul Moo-Young) is a disciple of the great Advaita master, Sri H.W.L. Poonja or Papaji, as he is affectionately known by devotees. Mooji was born on 29 January 1954 in Port Antonio, Jamaica. He later moved to Brixton, London where he lived for over 40 years. Here, Grace brought an encounter with a Christian mystic that caused Mooji to ‘walk out of his life’—an expression he uses to convey the profundity of that meeting. There was no longer a sense of personal autonomy. In his own words he says, ‘I felt I was sitting on the lap of God. A deep peace and trust in the Supreme arose inside my heart and has remained to this day’.

You can find our inspiring interview with Mooji here. 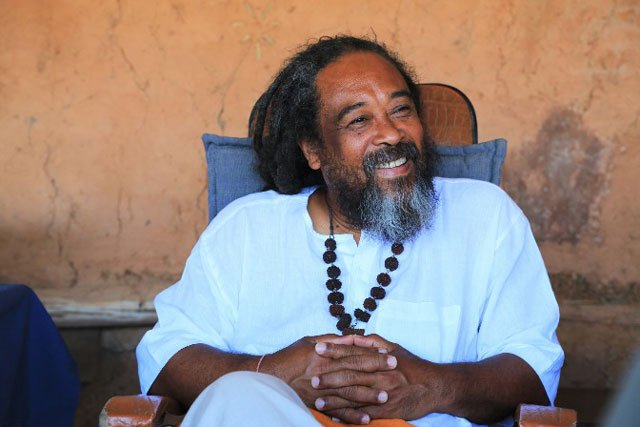 Intrigued by this major shift in perception and wanting to merge fully in Truth, Mooji discovered the teachings of the great Indian saint, Sri Ramakrishna, whose utterances satisfied his heart deeply. This connection prompted Mooji to travel to India, where, seemingly by chance, he was to meet his living Master, Papaji. There, at Papaji’s feet, whatever still remained of a functioning ego was finally uprooted.

Recognizing Mooji’s radiance, people from various parts of the world began to approach him in search of the direct experience of Truth. The capacity to guide them arose spontaneously in him. Although Mooji’s presence carries a devotional fragrance, the words that spring from his being are of the nature of non-duality. His guidance evokes the love for and the direct recognition of the timeless Self we are. Mooji’s unsparing pointings to the Truth, through the method of self-inquiry, forms the essence of these pointings.

Mooji choicelessly dedicates his life to the calling of the Heart. It is this which has given rise to Monte Sahaja, an ashram and retreat centre being built in the south of Portugal. As Mooji himself explains, “I was compelled to come here, led by an unseen presence, so that seekers may meet the real land-Lord inside their own Heart.”