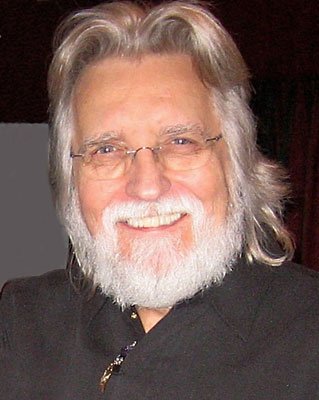 Neale Donald Walsch is an American author of the series Conversations with God. The nine books in the complete series are Conversations With God (books 1-3), Friendship with God, Communion with God, The New Revelations, Conversations with God for Teens, Tomorrow’s God, and Home with God: In a Life That Never Ends. Neale’s latest book is called The only thing that matters. He is also an actor, screenwriter, and speaker.

Before writing the Conversations With God series, Walsch worked variously as a radio station program director, newspaper managing editor, and in marketing and public relations. In the early 1990s he suffered a series of crushing blows—a fire that destroyed all of his belongings, the break-up of his marriage, and a car accident that left him with a broken neck. Once recovered, but alone and unemployed, he was forced to live in a tent in Jackson Hot Springs, just outside Ashland, Oregon, collecting and recycling aluminium cans in order to eat. At the time, he thought his life had come to an end. Despondent, he began his writings after working his way out of homelessness and following a stint as a radio talk show host.
His first book, Conversations with God, was published in 1995 and became an international bestseller. It remained on the New York Times Bestseller List for 135 weeks. Six of his other books have made the Times list in the years since. He has published 28 books and his works have been translated into 37 languages.

Changing the World’s Mind about God
When discussing his New York Times bestseller Conversations with God, Walsch was asked by Matt Lauer on the Today Show, “What is God’s Message to the World?” he emphatically replied, “You got Me all wrong.”

Some 28 books later, Walsch is still on a mission to change the world’s mind about God by inviting people to join the “The Global Conversation”. His global call to action aims to free humanity from the oppression of its belief in a violent, angry, and vindictive God, a God who apparently needs something, wants something desperately enough to hurt us if He doesn’t get it.

“I want to awaken people to the fact that what we’re doing now simply is not working in any area of life: politically, economically, environmentally, socially, educationally and certainly not working spiritually. In fact, what we’re doing is producing exactly what we say we don’t want. The roots of humanity’s problems stem from an outdated belief system that keeps the soul repressed and humanity sick,” states Walsch, the author of myriad books on contemporary spirituality, including the international bestselling Conversations with God series.

“98% of the world’s people are spending
98% of their time on things that don’t matter.”

Personal happiness seems mysteriously and frustratingly elusive. Even when people achieve it, they can’t hold onto it. And according to Walsch, that’s the surest sign something’s amiss. In his new book Walsch shares concrete tools and offers questions that he invites, and actually dares, people to ask themselves throughout their day. Questions like, “What does what I am doing right now have to do with the agenda of my soul?”

He says such questions can redirect one’s life energies in such a way that life itself is changed forever for the better—and the World also begins to change.