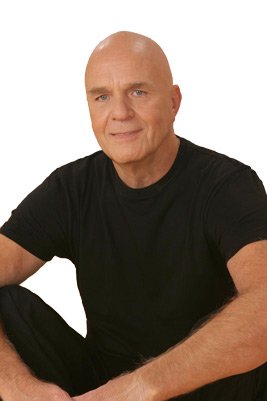 Wayne Dyer was an internationally renowned author and speaker in the field of self-development. He’s the author of over 30 books, has created many audio programs and videos, and has appeared on thousands of television and radio shows.

Wayne Dyer is affectionately called the ‘father of motivation’ by many of his fans. Despite his childhood spent in orphanages and foster homes, Dyer has overcome many obstacles to make his dreams come true. He has spent most of his time showing others how to do the same.
When wasn’t traveling the globe delivering his uplifting message, Wayne was writing from his home in Maui.

Wayne Dyer’s work
For more than 30 years, Dyer has inspired and elevated the consciousness of millions all over the world, assisting them in shifting their awareness to a higher level. Dyer’s books, audio CD’s, movies and events are published by Hay House. Hay House is a well-known publisher of inspirational books, audios, kits, and gifts

.
Titles like Change your thoughts – Change your life, Your Erroneous Zones, Excuses Begone, The Power of Intention and his latest book Wishes Fulfilled

are sold in many different languages all over the world.
A famous Dyer quote which can found found in many of his books is:

In one of Dyer’s audio books called ‘There’s a Spiritual Solution to every Problem’, he explains his personal belief as follows:
“My beliefs are that the truth is a truth until you organize it, and then becomes a lie.
I don’t think that Jesus was teaching Christianity, Jesus was teaching kindness, love, concern, and peace. What I tell people is don’t be Christian, be Christ-like. Don’t be Buddhist, be Buddha-like. Religion is orthodoxy, rules and historical scriptures maintained by people over long periods of time. Generally people are raised to obey the customs and practices of that religion without question. These are customs and expectations from outside the person and do not fit my definition of spiritual.” 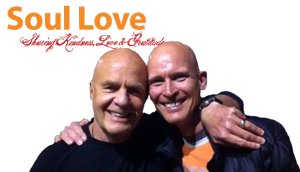 Personally, we are very charmed about and can recommend his movie ‘The Shift’, which explores the spiritual journey to find the purpose that is our unique contribution to the world. From the movie comes a compelling portrait of three modern lives in need of new direction and new meaning.
The powerful shift from the ego constructs we are taught early in life by parents and society – which promote an emphasis on achievement and accumulation – are shown in contrast to a life of meaning, focused on serving and giving back.

Thank you Wayne for your immense inspiration, you are truly one of our favourite ‘Loving Souls’.