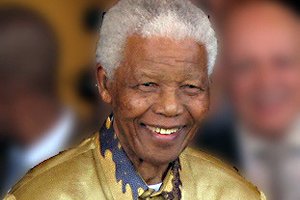 Nelson Mandela, the anti-apartheid icon who became the first president of a democratic South Africa, passed away Thursday at his home in Johannesburg after a prolonged lung infection. He was 95. He leaves behind a beautiful legacy. 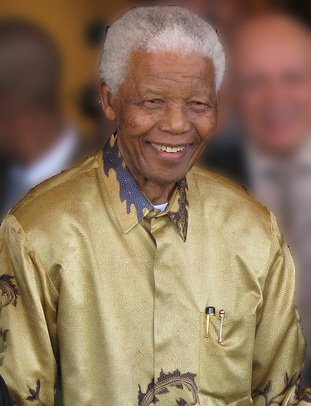 On December 5, 2013 Nelson Mandela was one of the great moral and political leaders of our time: an international hero whose lifelong dedication to the fight against racial oppression in South Africa won him the Nobel Peace Prize and the presidency of his country. Since his triumphant release in 1990 from more than a quarter-century of imprisonment, Mandela has been at the center of the most compelling and inspiring political drama in the world. As president of the African National Congress and head of South Africa’s antiapartheid movement, he was instrumental in moving the nation toward multiracial government and majority rule. He is revered everywhere as a vital force in the fight for human rights and racial equality. 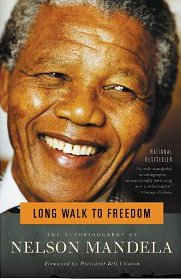 The famously taciturn South African president reveals much of himself in his autobiography Long Walk to Freedom. A good deal of this autobiography was written secretly while Mandela was imprisoned for 27 years on Robben Island by South Africa’s apartheid regime. Among the book’s interesting revelations is Mandela’s ambivalence toward his lifetime of devotion to public works. It cost him two marriages and kept him distant from a family life he might otherwise have cherished. Long Walk to Freedom also discloses a strong and generous spirit that refused to be broken under the most trying circumstances–a spirit in which just about everybody can find something to admire.

Long Walk To Freedom is his moving and exhilarating autobiography, destined to take its place among the finest memoirs of history’s greatest figures. Here for the first time, Nelson Rolihlahla Mandela tells the extraordinary story of his life–an epic of struggle, setback, renewed hope, and ultimate triumph.