Don Miguel Ruiz , MD is the international bestselling author of The Four Agreements (a The New York Times bestseller for over 7 years , which recently topped Amazon’s #1 list after his appearance on Oprah’s Super Soul Sunday), The Mastery of Love, The Voice of Knowledge, and The Fifth Agreement (co-written with his son don Jose) . His simple yet profound teachings, based in truth, shared through his books, lectures, and journeys to sacred sites has helped millions of people worldwide transform their lives.

Our exclusive interview with Don Miguel can be found here. 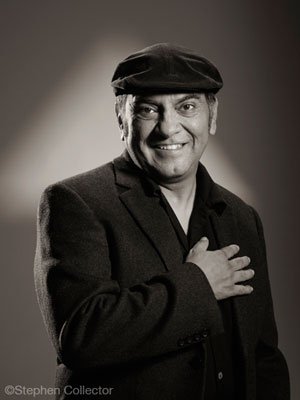 Don Miguel Ruiz was born into a humble family with ancient traditions in rural Mexico, the youngest of 13 children. He considers himself very lucky, as this was where he learned from an early age that everything is possible, if we really want it.

His parents, Don Jose and Dona Sarita, as well as his grandfather, Don Leonardo, all believed that Miguel would continue their legacy in the centuries old Toltec tradition. Instead Don Miguel attended medical school, and became a surgeon.

For several years he practiced neurosurgery with his brothers, and he realized that what needed to be healed was not only the physical brain, but the human mind as well.

A near fatal car accident changed the direction of Don Miguel’s life. He experienced himself as pure awareness outside of the constraints of his physical body. He realized that the Toltec wisdom of his family contained all of the tools needed to change the human mind. Don Miguel promptly returned to his mother to finish his training and he became a Shaman.

Don Miguel moved to the United States to share his wisdom, and spent the next 15 years exploring ways to heal and change the human mind. He witnessed his students struggling to quiet their minds and sought to create tools to assist them. The result of this quest was The Four Agreements®. This book contains a specific series of practical steps, that when used by anyone, can result in consistent and long-term personal transformation.

In February of 2002, Don Miguel suffered a near-fatal heart attack. The damage from the heart attack and subsequent coma left him with a heart functioning at only 16% of capacity and in constant pain. Don Miguel would not accept his doctor’s prognosis that he would be restricted to an inactive life of resting at home. He personally embodied the message he shares, by continuing to joyfully live his life, sharing his message through books, lectures and journeys. Though he was enjoying life he also knew that he was slowly dying and focused on preparing his sons to carry on his legacy.

In 2009 Don Miguel’s body began to deteriorate much more rapidly and he applied for a heart transplant. In August 2010 he was put on the transplant waiting list. On October 9th 2010, Don Miguel successfully received a heart transplant. For Don Miguel this is a new beginning and with deep gratitude and generosity he is eager to share his message with all of humanity.

In the tradition of the Toltec, a Nagual (shaman) guides an individual to personal freedom. After exploring the human mind from a Toltec as well as scientific perspective, Don Miguel has combined old wisdom with modern insights and created a new message for all mankind, based in truth and common sense. He has dedicated his life to sharing this new message through practical concepts that promote transformation. His message is simple and when implemented, even incrementally, changes lives.

Don Miguel is highly respected throughout the world. He has received numerous recognitions, including a US Air Force challenge coin engraved with The Four Agreements, and he is referenced as a National Heirloom of Mexico.

The Four Agreements®, published in 1997; was a New York Times bestseller for more than 7 years and the 36th bestselling book of the decade. Other books have followed; The Mastery of Love, The Voice of Knowledge, Prayers, Beyond Fear and The Fifth Agreement, a collaboration with his son Don Jose. All of his books are international bestsellers.